The Pain When Not Everyone Can Go 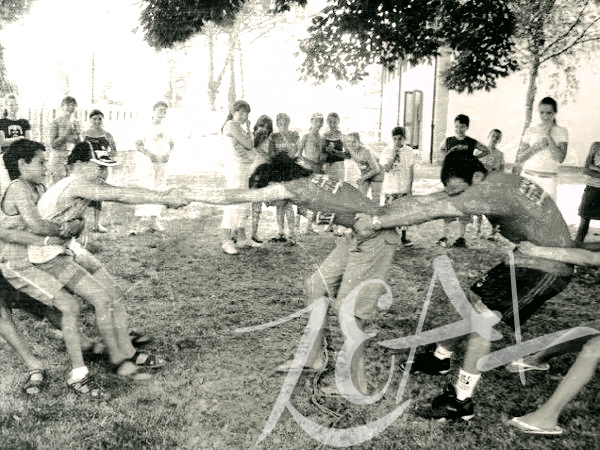 For every committed and passionate Christian, where we presently are, at a given season, is not without its attachments. These attachments may range from occupations to places we minister, places we live to associations we may have as well as some associations we may not have (attached to seclusion). Our present seems to be a safe place because it’s what we are aware of and what seems we understand or at least to some degree; it is mixed with challenge as well as comforts. Though our present seems to be a safe place, that safety is perhaps the most dangerous place on Earth as it pertains to our faith walk.

Because faith itself deals with expectation and expectation is always off looming in the distant or hidden close by beneath the branches of a fig tree it is difficult, if not impossible, to embrace the comfort of the “Now” and simultaneously operate efficaciously in faith toward the living GOD- JESUS! Faith in the LORD JESUS CHRIST is consistent with always advancing and becoming a more sound human-being of a kind that is by a heavenly culture. “For whom he did foreknow, he also did predestinate to be CONFORMED to the image of his Son, that he might be the firstborn among many brethren.” [Romans 8:29]

Being passionate about ANYTHING will cause a transformation and create a likening to the object of one’s passion. Being passionate about CHRIST JESUS, the greatest passion one can possess, causes one to move from a fear of Hell (or of earthly chains) to a desire to please JESUS CHRIST in their commitment in service and devotion to worship Him. The more one ingest the word of GOD and becomes a frequent traveler in the corridors of worship musing over the presence and voice of the living GOD the less their “Now” gives them satisfaction (though contentment until their change is completely achievable); these sort become cravers of doing what it takes to get closer, more intimate with GOD and very interested in what He wants from them. “Now Faith” creates a hunger for the “NEXT”, for more Kingdom on Earth.

Not that people of this thirsty faith are unappreciative of the present, not at all; but while being always active in the current time zone they are as well desiring for the next season. When a believer in JESUS realizes for themselves that “it does not yet appear” how we’re going to end up at the culmination of our faith it will fuel a desire despite trials, failures even frowning upon ego to achieve just one notch closer to the person of CHRIST to know Him in the power of His resurrection through suffering and challenge. The committed believer in CHRIST being thankful for the present day making use of every moment to be pleasing in the sight of GOD while desiring more of the Kingdom of GOD on Earth is just where GOD wants us! “For the kingdom of God is not meat and drink; but righteousness, and peace, and joy in the Holy Ghost.” [Romans 14:17]

It is inevitable, when a person is after the very heart of GOD they will discover the situations and people around them that are not in alignment with the same quest to be obtuse. For example, if you (the reader) are traveling at the same speed and direction of the wind (as much as you can align the direction) you would feel less turbulence from it and hear less (if any) of its roar; so it is, when it comes to one’s life operating in harmony with things and people at life’s various seasons; regarding faith in JESUS and passionately pursuing Him living by His word, if things and people around such a believer are not on the same path with at least like rapidity of motion forward there will undoubtedly be turbulence.

In the Old Testament the Prophet Elijah told his understudy Elisha that if he could see things like Elijah saw things (moving at the same pace) only then could he get what Elijah had plus an extra portion. The importance of people being in the same place when creating covenants is imperative to the harmony and health of that connection. On the opposite end of this canonical example, because John Mark was deemed, in perception, by Paul an uneven fit when it came to missionary work & passion juxtaposed to his own it created a turbulence which tore even the seasoned Barnabas from partnership with Paul. Some have supposed in conjecture that Paul was brash, but regardless of our assumptions of impetuousness the fact remains the perception of not being of kindred heart led to tumult.

As the Bible tells the Christian “Do not be yoked together with unbelievers” there is also an obvious meta implication within the borders of believer’sville. Though Christians must live and operate with resolve based on the word of GOD, it does not eliminate the pain involved with leaving things behind that will not follow, though resolve may dull it. The closer our associations and/or connections are with others the more painful it becomes when a believer advances and what they are connected to does not. This is like moving from one room to the next but a part of you does not leave the previous position as the rest of you strains to advance on. Or, imagine being tied to something stationary on one side and on the other side something else pulls you forcibly away; think of the discomfort in your joints and the pain that would ensue with each tug of the thing pulling you. Whether wanting to hold on to the norm or not desiring to pursue destiny while it loudly calls, either will bring discomfort.

Abraham had to part ways with a worldly ambitious nephew after having already left his own father’s house with Lot being the only kindred left within reach. Even though there is ample proof that Abraham made each mentioned leave with certain resolve, it is plausible that he made his separations having to deal with his own humanity, as perhaps his heart ached though he was persuaded to obey GOD (and believe GOD) when commanded to offer up Isaac.

As Abraham parted from Lot and Paul from Barnabas because of John Mark, the Christian must be determined to move forward despising, even self-inflicted, shame and pain in order to maintain their pursuit of glory that is set before them. Past failures and self-loathing are not welcome in the season of blessing, therefore if it is attempted to be held on to while destiny tugs us forward our joints and marrow suffer. Holding on to the triumphs of yesterday and enshrining them will likewise cause the believer in JESUS CHRIST to become discomfited and contorted as GOD always reaches to pull us into even greater things than what He has formerly done in and around us.

The Bible tells us that “GOD is Love” and also it informs us that love is always doing; it believes all, bears all, hopes all (or, it’s always believing, always bearing, always hoping); Love does not sleep (slumbers not) and it is always victorious (it never fails). Love is always in motion forward and upward, lifting us and advancing us. Therefore, we must give all diligence not to hold to things that are not moving at the velocity of CHRIST’ love.

Paul wrote and said, in so many words [paraphrase], “though I am buffeted with perils, nakedness, threats from battles of weapons, dangerous heights and treacherous depths, stress of life, lack, none of these “WHOS” will separate me from the love of Him who is Love!” Our humanity reminds us that we are still in the flesh often through pain. There is pain we merely endure and some we cause and become pained upon realizing what we’ve caused it. In enduring hardness as a good soldier of JESUS CHRIST, which is the only path to spiritual elevation, we must be like minutemen ready to abandon whatever hinders us from being mobile in GOD’s Kingdom for Kingdom’s sake.

Sometimes, the end result for many of our connections is the pain when not everyone can go where GOD is taking us. In every alliance, future possibility of mass casualties is reduced when we measure to see if the movement of the object of our affinity is moving at the speed of our affection toward the Father of Lights, the King. Not that the situation or person is inherently bad but bad for the believer in hot pursuit of the Almighty.

C.E. Burns Jr. is a minister of the Gospel of JESUS CHRIST , an author, a musician, a father, grandfather, who believes the only utopia humankind will ever experience is the reign of JESUS CHRIST on Earth! This is a blog to simply share a few thoughts taken from the "C.E. Burns Jr. tote bag" to share with the global cyber-community.
View all posts by chb911us →
This entry was posted in Connections, Faith, relationships, Religion. Bookmark the permalink.